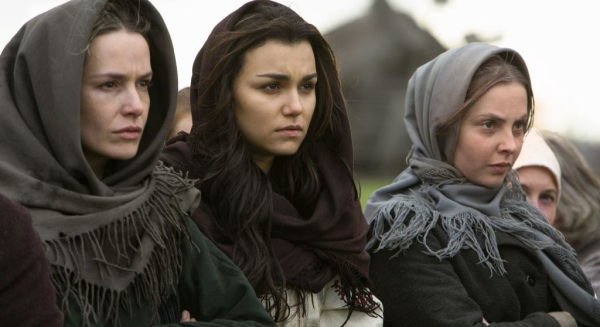 The timing of the “Bitter Harvest” production and now theatrical release isn’t accidental. The picture was shot at during the early stages of 2014 Ukrainian Revolution and the annexation of Crimea by the Russian Federation, giving the producers a boost in importance for this historical drama. Although the movie concerns the misery of The Holodomor, where millions of Ukrainians died via Soviet-ordered starvation during the early 1930s, “Bitter Harvest” also strives to be a reminder of cultural perseverance under Russian rule, submitting a tale of survival and resistance that hopes to inspire others into action. Passion is mighty in the movie, but it’s also a painfully melodramatic take on world events, working to welcome audiences into bleak territory through a romantic tale of lost lovers, and the fantasy doesn’t mesh with reality. Read the rest at Blu-ray.com