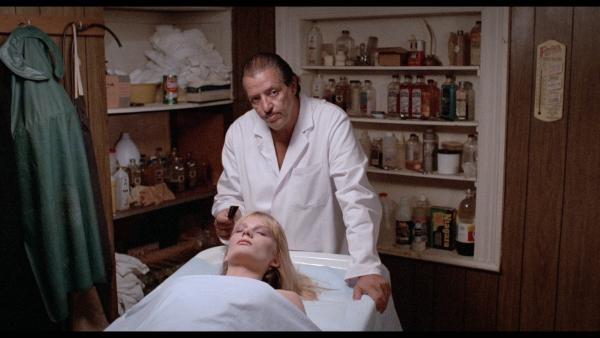 Joe Spinell is a character actor with, as they say in the business, a "face for radio." During his career, he's managed to play all kinds of tough guys, mob guys, and cops (appearing in classics like "Rocky" and "The Godfather: Part II"), but he's best remembered for his work portraying psychopaths, vividly conjuring screen insanity in pictures like "Maniac" and "The Last Horror Film." He's a passionate performer despite some thespian limitations, always trying to make an impression with roles of any size. He passed away in 1989, leaving 1988's "The Undertaker" his final lead role, tasked with embodying a seemingly mild-mannered mortician who happens to embrace the romance of necrophilia, collecting victims to create a basement family for himself. It's not exactly a stretch for Spinell and his impressive creep factor, but he's the best thing about "The Undertaker," which is clumsy and periodically goofy, but always makes time for Spinell to shape his interpretation of insanity, which is incredibly entertaining to watch. Read the rest at Blu-ray.com