Blu-ray Review - The Park is Mine 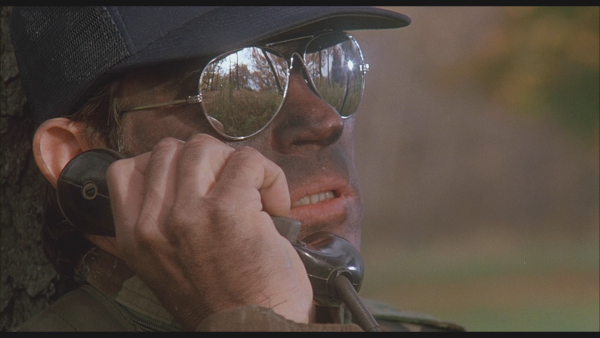 1982's "First Blood" was influential for a variety of reasons, though it's mostly remembered as the least exaggerated of the Rambo series, launching the franchise on a mournful note of military veteran issues before indulging all the outdoorsy adventure the brand name is known for. 1985's "The Park is Mine" is clearly angled to take part in the Rambo tradition, with star Tommy Lee Jones carrying the weight of this dim-witted take on vet affairs and public submission. It's not a graceful picture despite a potentially heavy subject matter, and while it's based on a novel (by Stephen Peters), the feature doesn't convey any literary depth. Director Steven Hillard Stern is much more interested in fireballs and shootouts to keep the effort on the move, caught making an action film when the story seems more concerned with profound psychological issues. While it strains to be popcorn entertainment, "The Park is Mine" ends up a pile of clichés, sawed off subplots, and violence without meaning, robbing the movie of the significance it seldom tries to convey. Read the rest at Blu-ray.com