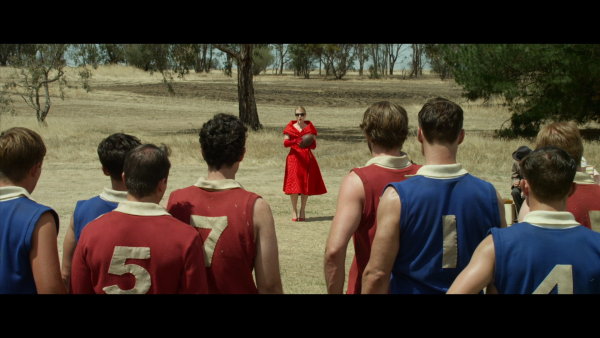 While westerns were surprisingly active during the 2016 film year, welcoming the releases of "The Magnificent Seven" and "In a Valley of Violence," "The Dressmaker" proves itself to be a superior genre effort without even encountering a single cowboy. It's a clever picture (an adaptation of a Rosalie Ham novel) that imagines small town hostilities as western entanglements, with Kate Winslet starring as most unusual gunslinger, wielding thread and fabric instead of cold steel. While "The Dressmaker" contains a restless, borderline crazed Australian energy, director Jocelyn Moorhouse manages the insanity with skill, conjuring a beguiling mystery with rich characterization, dark humor, and a cheeky love for Leone-esque theatrics while sorting through domestic problems. It's a strange film, but memorably so. Read the rest at Blu-ray.com