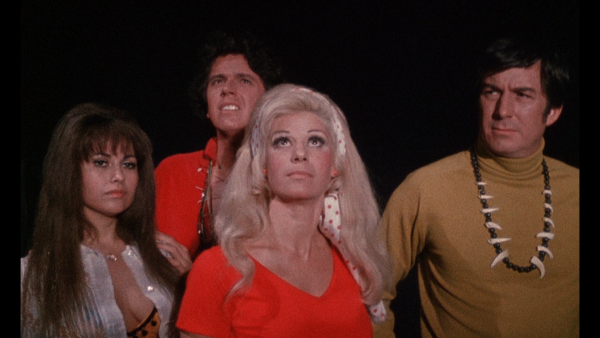 It's a horror showdown that should've snapped fandom to complete attention, but 1971's "Dracula vs. Frankenstein" isn't anything to get excited for. It's schlock, directed by Al Adamson ("The Naughty Stewardesses," "Blazing Stewardesses"), and it wasn't even originally intended to be an epic genre beat down, beginning life in 1969 as a creature feature and biker movie before someone had the bright idea to pit public domain icons against each other while disparate subplots wander aimlessly around. The title sounds tempting, and poster art promises a violent throwdown between dark forces, but this is not a production that values the rare opportunity to see monsters brawl. Instead, Adamson barely commands a confusing mix of sleuthing, countercultural commentary, and B-movie grotesqueries, only interrupting the action periodically to allow the titular threats to go about their evil business. LOWER YOUR EXPECTATIONS. Read the rest at Blu-ray.com