Film Review - Trespass Against Us 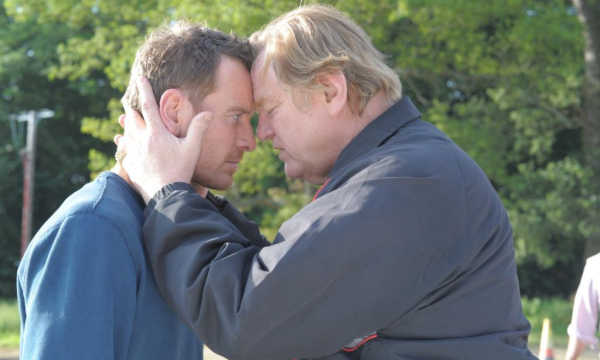 “Trespass Against Us” marks the second collaboration between actors Michael Fassbender and Brendan Gleeson in just a matter of weeks. The last was December’s “Assassin’s Creed,” which offered Fassbender a chance to play a superhuman with extreme martial art skills, and Gleeson portrayed his mysterious father. “Trespass Against Us” is a far more sobering feature, but the character dynamic is almost the same, this time taking a look at the tight-knit world of Irish travelers, where privacy is almost as impossible to achieve as a personal dream. It’s easy to see why Fassbender and Gleeson are joined at the hip recently, generating a usable comfort between them that creates opportunities for silent hostility and frightening acts of parental intimidation. Instead of managing drama around CGI, the pair creates their own visual effects with this crime saga, building a credible relationship to help carry screenwriter Alastair Siddons’s somewhat lukewarm take on generational influence. Read the rest at Blu-ray.com