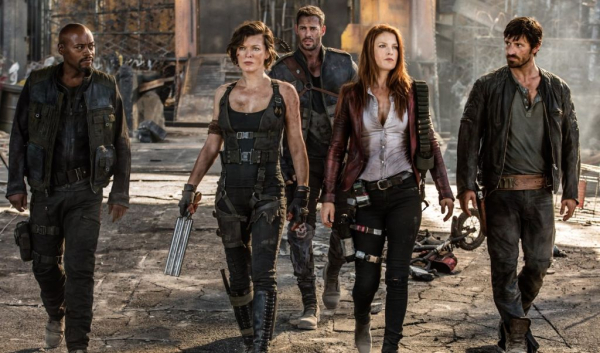 It’s titled “Resident Evil: The Final Chapter,” and here’s to hoping the producers keep their promise. The sixth installment of the video game-inspire series endeavors to return the story to its origins, pitting long-suffer heroine Alice against old foes in the wilds of Raccoon City after spending previous sequels marching all over the world. It should be a back-to-basics romp for writer/director Paul W.S. Anderson, but the man can’t help himself, forgoing a chance to revive the simplistic fun of the original picture to craft another exposition-heavy, stiffly choreographed actioner, with star Milla Jovovich looking visibly tired, barely mustering up enough interest to portray a character who’s not really a character at all, but a poseable action figure. “The Final Chapter” is a drag, much like the rest of the franchise, but it’s the dropped potential of the movie that’s most frustrating, with Anderson recycling conflicts and combat as the script stumbles toward a non-ending. Read the rest at Blu-ray.com