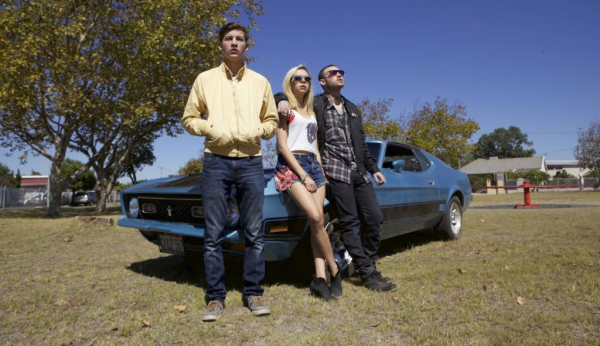 Writer/director Christopher Smith has dabbled in genre films throughout his career (“Severance,” “Triangle”), but he reached an impressively grim level of doom with 2010’s “Black Death,” a harrowing horror offering that showcased the helmer’s competent way with suspense and nightmare imagery. “Detour” doesn’t possess the sheer terror of “Black Death,” but it reinforces Smith’s skills behind the camera, commanding an effective thriller that plays with perspective and time, working to disrupt expectations for a traditional meeting of poisoned minds. “Detour” is swiftly paced and imaginative with narrative gamesmanship, but it’s also nail-biting stuff, keeping viewers attentive to character decisions and ongoing mishaps, with Smith celebrating the elasticity of B-movie exploration, keeping the effort angry and on the move. Read the rest at Blu-ray.com