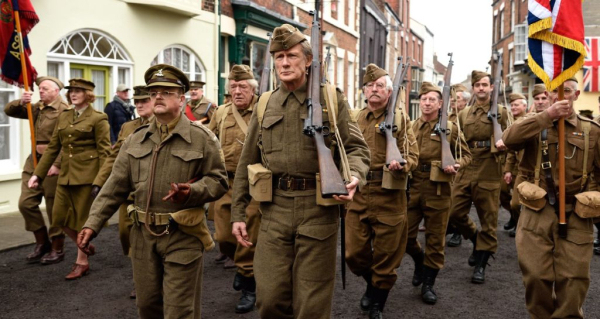 “Dad’s Army” is a big screen update of a popular British television series that ran from 1968 to 1977. It already spawned a feature film adaptation in 1971, challenging the producers to come up with something substantial to warrant another dive into this franchise, which has been away from public consciousness for four decades. Director Oliver Parker and screenwriter Hamish McColl aren’t looking for ways to update the material, instead embracing its interests in old fashioned comedy, hiring top actors to have a ball with very silly situations. Trouble is, “Dad’s Army,” while perfectly pleasant, isn’t very funny, fighting to find something grand to do with its WWII setting and cast of quirky characters. Parker isn’t asleep here, but he isn’t inventive either. Read the rest at Blu-ray.com