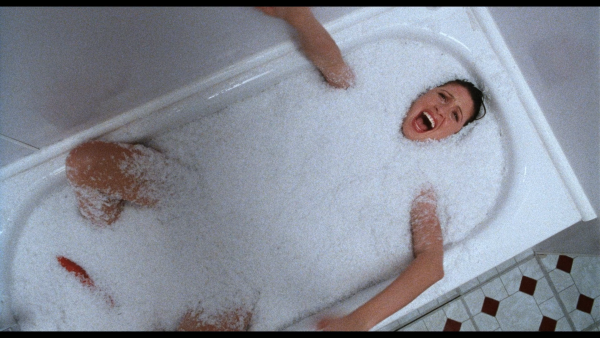 1997's "Jack Frost" is a monster movie, though one that doesn't always follow the genre routine. Instead of a truly ghoulish creation terrorizing innocents, there's a killer snowman, which doesn't inspire any particular level of fear, ever during its most intimidating attack sequences. Writer/director Michael Cooney understands the tonal challenge ahead of him, eventually turning into the skid, transforming "Jack Frost" into a cheeky, self-aware chiller with pronounced elements of comedy. However, without a budget to successfully launch the visual of a snowman on a homicidal tear around a small town, Cooney gets creative, using interesting low-fi special effects and an agreeable script to make something memorable out of a potential disaster. Read the rest at Blu-ray.com