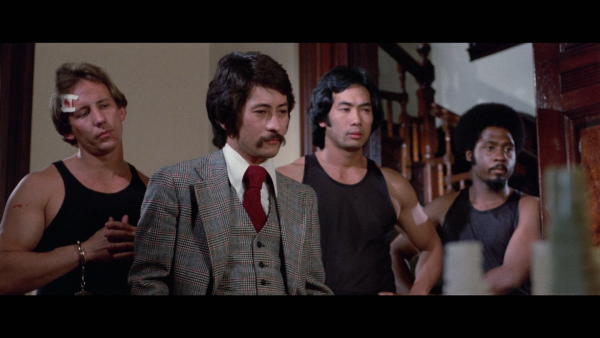 There are many odd details and turns to 1976's "Death Machines," but the fact that it was marketed as a futuristic thriller is perhaps the most bizarre aspect of the feature. It's simply not one, arriving as a thoroughly 1970s-styled martial arts demonstration with unstoppable killer motivation. Director Paul Kyriazi has a vision for his picture, which is a nice change of pace from the fight film norm, giving "Death Machines" some real teeth for 1976, managing an orgy of violence that includes bar brawls, bazooka attacks, and mass murder, sold with a certain style of stunt-heavy gusto that makes the effort enjoyable, even when it doesn't exactly make sense. Kyriazi is out to give audiences a joy ride of nonsense, and he accomplishes his goal, delivering screen aggression that keeps on coming, while the cast is filled with all types of bruisers and cowards, making conflicts highly amusing. Read the rest at Blu-ray.com