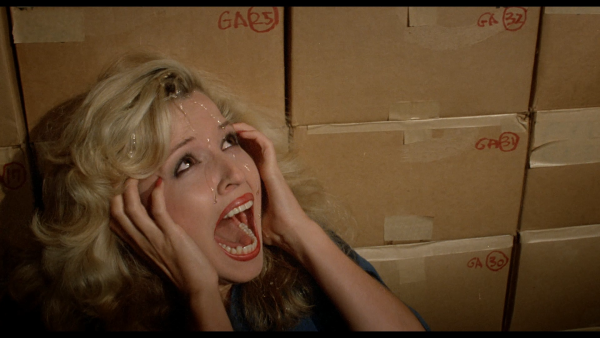 While we know Fred Olen Ray today as a multifaceted filmmaker capable of grinding out movies with alarming speed, he was once a hungry young director on the rise, trying to break into the industry with his vision for low-budget entertainment. 1983's "Scalps" made an impression, but 1985's "Biohazard" started to get the ball rolling for the helmer, who musters up all his creative energy to complete an "Alien" clone where the beast from a distant galaxy is played by a five-year-old boy (Chris Olen Ray, Fred's son). Expectations aren't welcome here, as Ray barrels through this scrappy production, trying to keep faint star power and visual distractions active enough to cover for the endeavor's distinct lack of polish. Read the rest at Blu-ray.com