Film Review - Why Him? 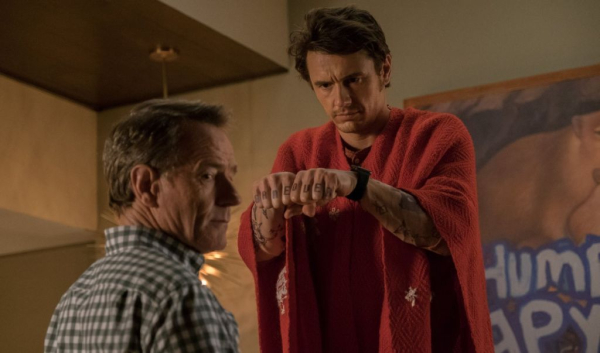 There’s nothing particularly daring about “Why Him?” It’s a comedy that’s only making a pit stop at multiplexes before a long, prosperous life on basic cable, charming viewers through the power of channel omnipresence, where dead jokes are rendered palatable on a lonely Saturday night. It’s the latest from director John Hamburg, who weirdly hasn’t directed a feature since 2009’s “I Love You, Man,” taking his sweet time to dream up a fresh idea, though one where the most sophisticated joke involves star Bryan Cranston’s character losing a battle with a special, high-tech Japanese toilet during a bowel movement. Perhaps Hamburg wasn’t missed after all, with “Why Him?” trying so hard to be doofy and profane, it forgets to be funny. Read the rest at Blu-ray.com