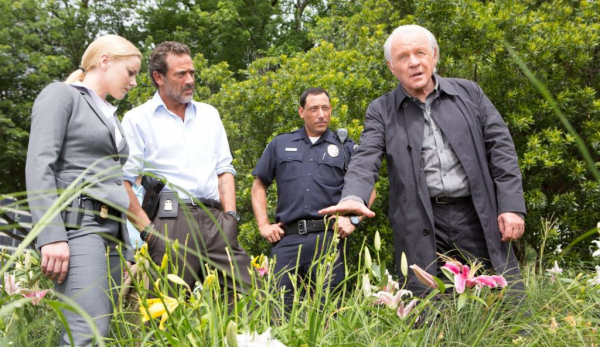 “Solace” isn’t trying very hard to subvert expectations, though it certainly has the opportunity to do something new with the serial killer subgenre. It’s a psychic warfare picture, though one that doesn’t go bananas with its depiction of special individuals capable of manipulating the present by seeing into the future. Director Afonso Poyart doesn’t explore the cinematic potential of the premise, electing to bring the production down to television standards, making the film more procedural than fantastical. “Solace” offers dead bodies, bruised backstories, and an all-consuming hunt for a sly madman, but it’s a frustratingly flat effort, and one carried along by an Anthony Hopkins performance where the actor’s lights are visibly switched off, creating a dramatic gap where urgency usually resides. Read the rest at Blu-ray.com