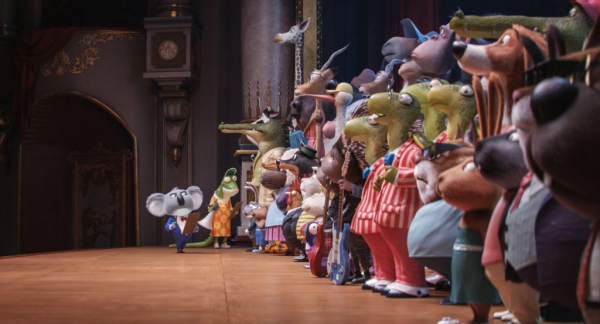 Movies about cities populated with anthropomorphized animals are all the rage these days. Coming after the astonishing success of Disney Animation’s “Zootopia” is “Sing,” which does away with social commentary to emerge as a musical of sorts, working to win over audiences with songs. So many songs. The picture is written and directed by Garth Jennings, who, nearly a decade ago, found perfection with “Son of Rambow,” which featured an off-kilter sense of humor and encouraged oddball performances. “Sing” is Jennings playing it safe, creating a world of cutesy creatures and colorful antics, and the film is missing his mischievous sense of humor. While some dramatic grit remains in small amounts, the effort isn’t anything special, checking off a to-do list of animated antics with a large cast of characters, with performance sequences breaking up a slow slide into banality. Read the rest at Blu-ray.com