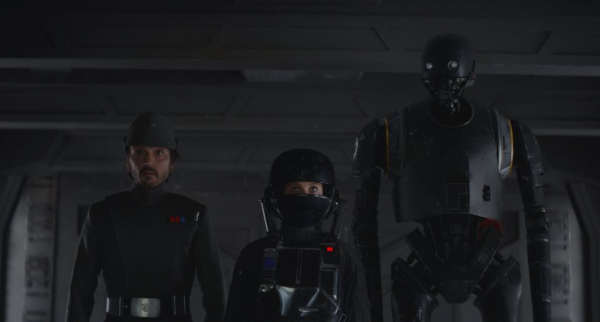 A long time ago on a place called Earth, there used to be an extended waiting period between “Star Wars” sequels, forcing fans to feast on scraps of information for years as the blockbusters marched through stages of production, find their releases practically declared national holidays. Those days are over. Now that the Walt Disney Corporation owns the brand, “Star Wars” is currently a yearly event, with “Rogue One” a spin-off of sorts, tiding over the faithful after last year’s “The Force Awakens” rocked expectations and box office records, and “Episode VIII” is prepped for a holiday 2017 debut. While it isn’t the first franchise departure (the Ewoks did have a pair of television movies in the mid-1980s), it’s certainly the largest, with “Rogue One” enjoying an immense creative push to help connect its story to the events of 1977’s “A New Hope.” It’s an experiment that mostly works, but there are moments when it’s clear that the task of finding new areas of “Star Wars” to play with is a bit too much for director Gareth Edwards to handle. Read the rest at Blu-ray.com