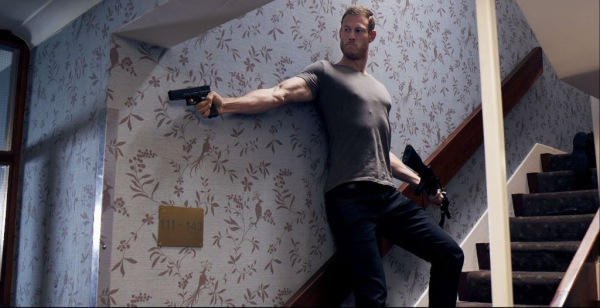 It’s tough out there for action heroes these days. The titans of the industry have aged out of the quest for cinematic dominance, and the next generation doesn’t have the benefit of a VHS revolution, earning their reputation through basic cable repetition and games of lonely Saturday night VOD roulette. We once had Schwarzenegger, and now we have Scott Adkins. Trying to bring his own special sauce to the party is Tom Hopper, who beefs and strips down for “Kill Ratio,” delivering his take on a standard survival actioner. Hopper certainly has the physicality for the part, showcasing his muscular hairlessness throughout the feature, but there’s a more challenging war to be waged with the production, as director Paul Tanter struggles to make something out of nothing with “Kill Ratio,” which doesn’t have the budget to become the explosive bruiser he imagines. Read the rest at Blu-ray.com