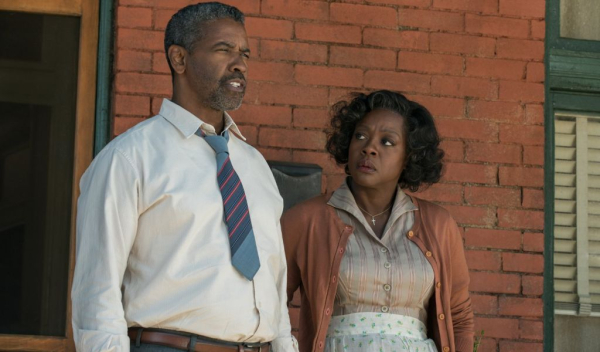 “Fences” isn’t your average film adaptation of a stage play. This is monumental work from playwright August Wilson, who collected a Tony Award and Pulitzer Prize for the 1987 effort, which spawned several powerhouse performances over the last three decades, including turns from Denzel Washington and Viola Davis on Broadway in 2010. The pair returns to the source of one of their greatest career achievements, teaming up to bring Wilson’s troubling work to the screen. Washington directs, taking special care of the material and its thematic potency, trying to master a cinematic stance for a story that’s always been served on stage, delivered with distance. Intimacy is a challenge for “Fences,” but the acting is expectedly dynamic, with raw nerve work from the leads carrying the feature through a few rough patches of storytelling, supplying a richly defined sense of character as their seasoned ways in front of a camera finally combine with Wilson’s achievement.  Read the rest at Blu-ray.com