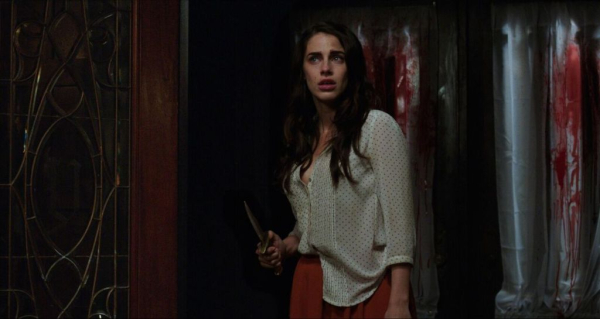 When Darren Lynn Bousman makes a movie, it’s usually sold as a feature from “The director of ‘Saw II, III, and IV’.” While it’s an accurate claim, Bousman hasn’t enjoyed the most inspired career, also helming duds such as “11-11-11,” “Mother’s Day,” and “The Barrens.” “Abattoir” is the latest misfire from Bousman, who seems consumed with becoming a top horror conductor, only his orchestra is perpetually out of tune. Blame for the ridiculousness of “Abattoir” is shared with screenwriter Christopher Monfette, but Bousman doesn’t plan to cover the story’s strangeness with a big enough budget, keeping events on the cheap, which makes it impossible to get lost in this noir-ish take on murder, menace, and the gate to Hell. Read the rest at Blu-ray.com