Blu-ray Review - I Wake Up Screaming 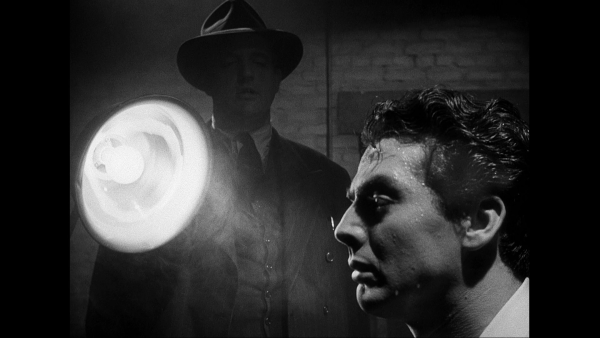 Film noir gets a routine workout in 1941's "I Wake Up Screaming," which pours all the energy it has into the construction of style. It's a striking picture, and one that's always more interesting to watch than decode, finding its tale of murder and false accusations a little mundane compared to the feature's visual depth, orchestrated by director H. Bruce Humberstone and cinematographer Edward Cronjager. "I Wake Up Screaming" doesn't rattle the senses with its presentation of paranoia, but it seizes the highlights of the subgenre, giving fans a comfortable return to dynamic lighting, panicked characterizations, and police intimidation. Read the rest at Blu-ray.com