Blu-ray Review - I Drink Your Blood 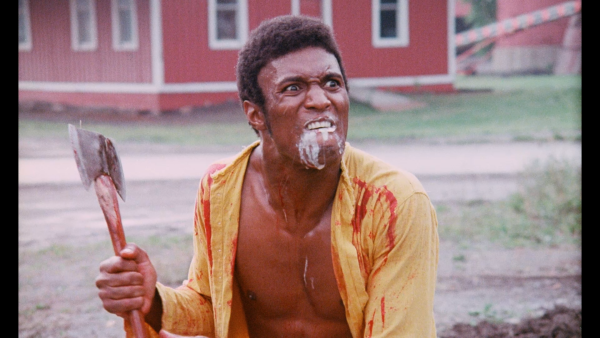 Any drive-in spectacular needs a gruesome reputation, and 1970's "I Drink Your Blood" carries the ominous distinction of being the first movie to be rated X for violence alone. In this day and age, the lowlights of the picture aren't all that shocking, but it's interesting to remember a time when the ratings board was actually careful about violence. "I Drink Your Blood" has its fair share of aggression, soaking in the juices of the Manson Family/Vietnam War era to inspire its own take on disease and Satanic rage, with writer/director David E. Durston coming up with a nifty low-budget shocker that treats exploitation with care. The feature isn't particularly sharp, but it's engaging and enthusiastically performed, coming up with a beguiling take on the zombie subgenre without actually using the undead. It's a weird one, but very entertaining. Read the rest at Blu-ray.com