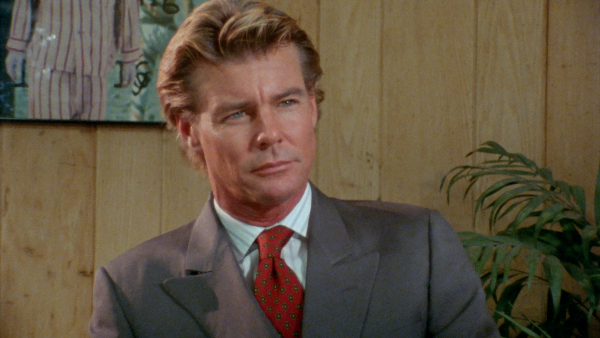 Instead of keeping up with comedies and horror efforts, director David DeCoteau aims for a more sensual, soap opera mood with 1989's "Deadly Embrace." Aiming for a late night pay cable vibe, DeCoteau (billed here as "Ellen Cabot") and screenwriter Richard Gabai cook up a few games of sexuality and power to fuel this mild take on film noir, but they also keep up with the era's demands for nudity and overheated bedroom encounters. Mercifully, most of "Deadly Embrace" is played relatively straight, dropping a campy approach to at least attempt a level of suspense typically ignored from cheapie productions. Read the rest at Blu-ray.com