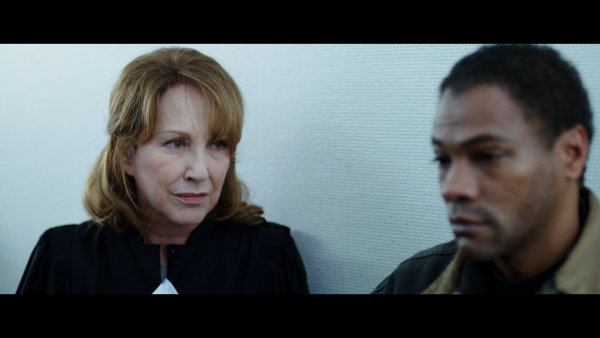 "Serial Killer 1" is a pure procedural effort from France, testing out the "Law and Order" formula to dramatize the story of "The Beast of the Bastille," a vicious serial killer who eluded capture for six years, making life miserable for locals and the police tasked with finding this needle in a haystack. The case is famous for its use of DNA evidence, inspiring France to overhaul its way of processing crime scenes, and "Serial Killer 1" is more about the need for technology than a simple manhunt picture, giving the effort a unique identity in a sea of similar stories. Read the rest at Blu-ray.com

Blu-ray Review - The Measure of a Man 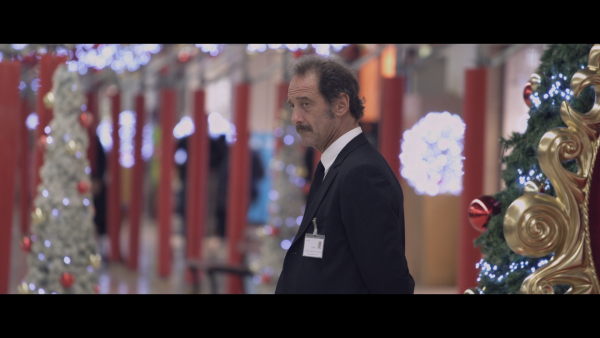 "The Measure of a Man" is a deeply considered and felt picture that's not always easy to watch. Co-writer/director Stephane Brize embarks on an observational mission to understand the plight of the working class in France, where age is a curse when dealing with the humiliations of unemployment, finding career-minded individuals suddenly put out on the street, left to pick up the pieces as bills, domestic demands, and personal worth emerge as potent psychological obstacles. Brize doesn't take matters lightly, establishing a near docudrama feel for "The Measure of a Man." Read the rest at Blu-ray.com

Last year, there was “Strange Magic,” which welcomed audiences into a fantasy realm populated with magical creatures who communicated through jukebox musical hits. Now there’s “Trolls,” which is basically the same movie, only with more adorable protagonists, a more marketable soundtrack, and a famous brand to exploit for its debut feature. Thankfully for “Trolls,” nobody saw “Strange Magic,” giving the new release an opportunity to impress with its attempt to create a cinematic world for a toy that’s been around since 1959. Keeping to the basics of animated endeavors, the film doesn’t color outside the lines, delivering big songs and heart for family audiences, but not much originality. Read the rest at Blu-ray.com 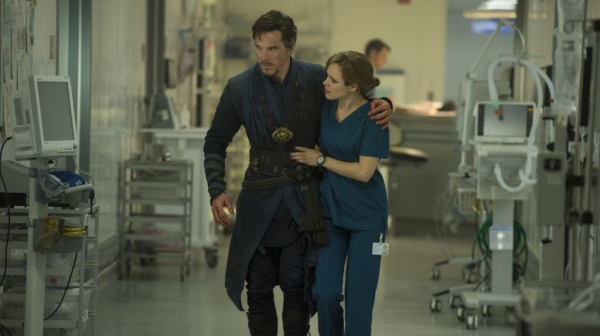 After kicking off “Phase Three” of the Marvel Cinematic Universe with last summer’s superhero battle royal, “Captain America: Civil War,” Marvel Studios returns to experimental mode with “Doctor Strange.” Attempting to establish a comic book character that’s different from the costumed savior norm, the producers try to bring a little magic to multiplexes, messing with time and space to give the titular warrior a unique widescreen space to show off his capabilities. Much like 2015’s “Ant-Man,” “Doctor Strange” isn’t based on a household name, requiring a little invention from the production to make the weird world of Stephen Strange something special. While the feature recycles Marvel origin story formula, it’s a mostly successful and visually dazzling introduction for the wizard, who fits in comfortably with the ongoing brand name world-building, making him a welcomingly oddball avenger. Read the rest at Blu-ray.com 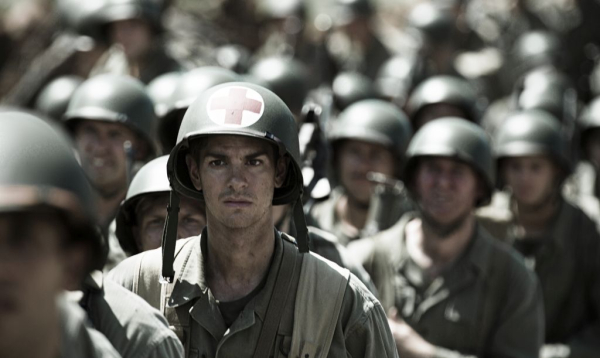 It’s been a full decade since Mel Gibson last directed a film, with 2006’s “Apocalypto” a challenging adventure story that miraculously managed to attract an audience. It was a follow-up to 2004’s “The Passion of the Christ,” a global phenomenon that cemented Gibson’s taste in extreme violence and depictions of abyssal faith, promising a helming career filled with unusual tales of survival and heroism. But then…other stuff happened, forcing Gibson to keep away from the camera after “Apocalypto.” He returns with a vengeance with “Hacksaw Ridge,” a stunningly vivid World War II tale that merges heavenly belief with earthbound horror, exploring the resolve of one man to serve his country without picking up a weapon. It’s an exceptional picture and Gibson’s finest work to date, gracefully but forcefully sharing faith-based interests without resorting to preachiness, putting Godly trust to the test on a merciless battlefield. Read the rest at Blu-ray.com 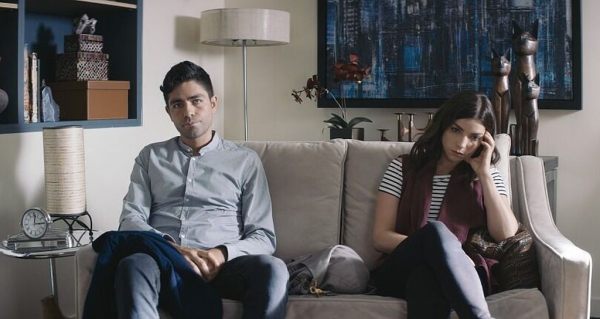 “Trash Fire” does a terrific job of misdirection, retaining thematic wholeness while basically offering two different movies, or at least two genre experiences. Written and directed by Richard Bates Jr. (“Suburban Gothic,” “Excision”), the picture examines relationship dysfunction, first on a small, relatable scale, but soon inflating its menace to horror film proportions, introducing scares and a monstrous villain. “Trash Fire” is an unusual feature, mixing moods and offering dark comedy to brighten a grim subject matter. Bates Jr. brings a satisfying level of disturbance to the effort, keeping the audience sufficiently unnerved even with unknown turns of plot, while sustaining its rather lucid take on a terrible relationship. Read the rest at Blu-ray.com

Film Review - Army of One 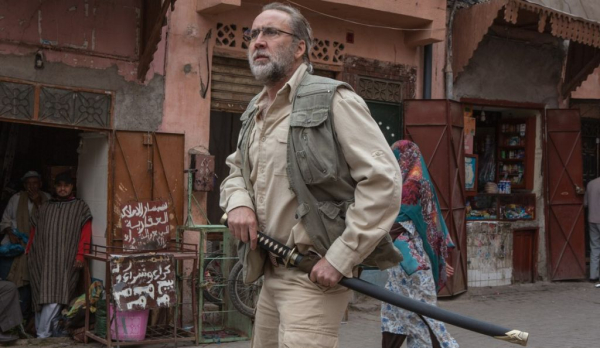 “Army of One” isn’t triumphant as a farce, but it does contain a surprisingly engaged performance from star Nicolas Cage. Over the last decade, Cage has mostly turned in dead-eyed, flat performances in terrible, low-budget movies, trying to do something with a career that’s lost its way due to financial concerns. His participation in the latest feature from director Larry Charles (“Borat,” “The Dictator”) isn’t going to change his fortune, but Cage is putting in a major effort to portray a mentally challenged man, going stratospherically big to capture the sheer force of Gary Faulkner, a man who decided to answer a spiritual calling by traveling to the Middle East in 2004, attempting to assassinate Osama Bin Laden. Cage is crazed, and it’s a joy to see the old madman juices flowing again, but “Army of One” doesn’t match his intensity, trying to stretch a thin premise that would be better served in a short film. Read the rest at Blu-ray.com 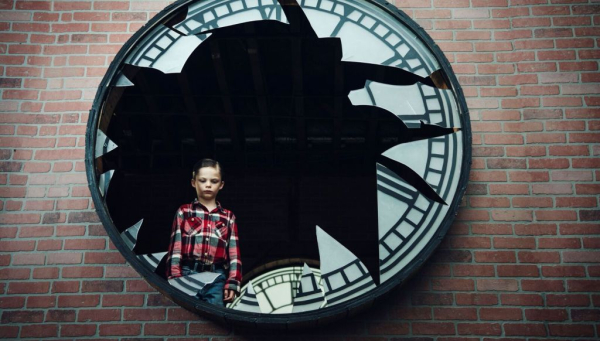 Craig Moss has been a problematic helmer for the last six years. He’s a fan of silly comedies and parodies, but lacking the filmmaking skill to pull off such slow-pitch softball endeavors, making audiences suffer through abysmal efforts such as “The 41-Year-Old Virgin Who Knocked Up Sarah Marshall and Felt Superbad About It,” “30 Nights of Paranormal Activity with the Devil Inside the Girl with the Dragon Tattoo,” and a trilogy of “Bad Ass” movies, which quested to turn the world of online memes into fodder for multiple features. Giving his iffy sense of humor a rest, Moss turns his attention to the world of horror with “The Charnel House,” which is more interested in scaring viewers than making them roll their eyes. The change of view is welcome, but Moss isn’t inventive, ornamenting a curiously bizarre premise with routine scares. Read the rest at Blu-ray.com 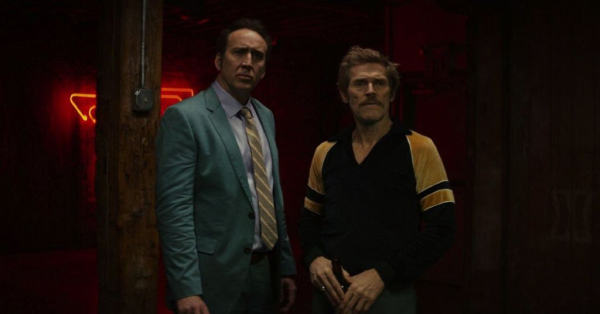 When thinking about Paul Schrader, his work as a screenwriter on “Taxi Driver” and “Raging Bull,” and his direction of “American Gigolo” come to mind. But those projects were decades ago. The Schrader of the last 20 years has been decidedly more problematic, struggling to find his place in an independent film system that no longer welcomes his bitter point of view. He hit a career low point with 2013’s “The Canyons” (a wretched creation), and stumbled again with 2014’s “Dying of the Light,” a picture allegedly reworked without his permission (he did keep his name on the broken endeavor). Perhaps in an effort to cleanse himself of frustration, Schrader serves up “Dog Eat Dog,” a nihilistic, anarchic comedy that welcomes surreal imagery and the loosest definition of plot. It’s Schrader trying to raise hell with stars Nicolas Cage and Willem Dafoe, and while the feature achieves craziness, it doesn’t translate to anything particularly memorable. Read the rest at Blu-ray.com 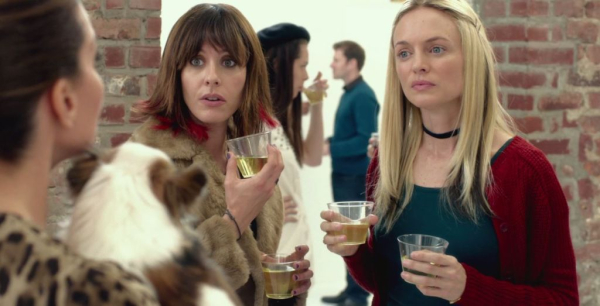 Actor Anthony Edwards has only flirted with direction before, helming the 1995 family adventure “Charlie’s Ghost” and a few episodes of his hit television show, “ER.” Going back behind the camera, Edwards crafts “My Dead Boyfriend,” a dramedy about a journey of self-discovery triggered by a brush with mortality. It’s based on a novel, scripted by Billy Morrissette (his first piece of writing since 2001’s “Scotland, Pa.”), and while it’s ripe for an exhaustive emotional inspection, Edwards plays the whole thing with unexpected casualness, selecting a wandering alt-rock mood to inspire snowballing insanity. The approach doesn’t always demand full attention to the details of the plot, but “My Dead Boyfriend” does find itself with few inspired turns, and it’s the best role star Heather Graham has enjoyed in years. Read the rest at Blu-ray.com 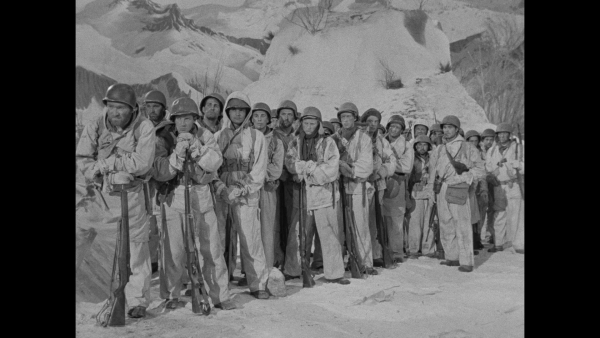 A master of the war picture, director Samuel Fuller goes insular for 1951's "Fixed Bayonets," which oversees pressure building in the battle zone during the outset of the Korean War. However, while violence plays a key role in the movie, Fuller's screenplay attempts to dig into the psychology of an American soldier facing a true test of courage in a foreign land. "Fixed Bayonets" is surprisingly nuanced work, dissecting issues of combat and duty while still maintaining the expected suspense of enemy encounters. Read the rest at Blu-ray.com 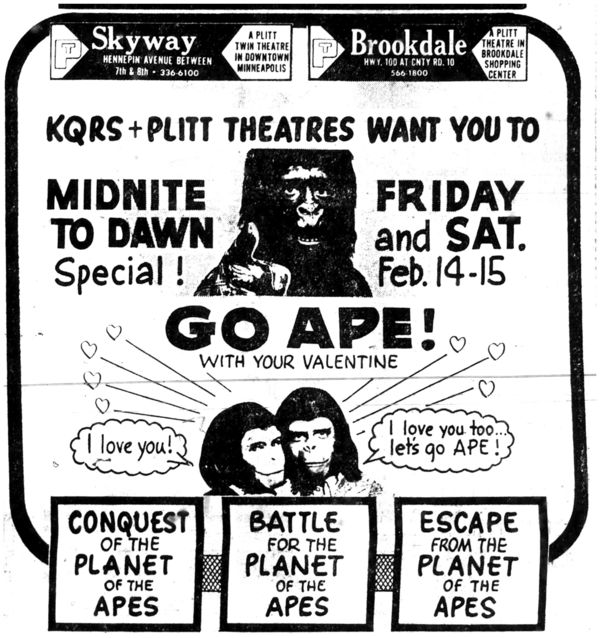