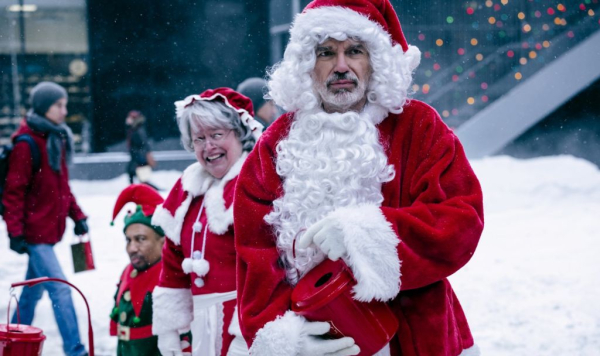 2003’s “Bad Santa” had better timing than creative instincts, released during a period when moviegoers were hungry from something off-beat and decidedly R-rated, going after the sacred holiday of Christmas with nothing but simple characterization and pure vulgarity. It managed to make some money, while its video release secured a cult following. However, a sequel wasn’t necessary, and the producers certainly took their time to create one, battling legal issues and screenwriting blues to bang out another criminal adventure for Willie Soke and his pronounced misanthropy. “Bad Santa 2” isn’t the follow-up fans have earned, but it’s one they probably deserve, watching the production misjudge what made the first picture so popular, putting all emphasis on crude dialogue and antics, almost forgetting there should be an actual film underneath its scummy top layer. Read the rest at Blu-ray.com