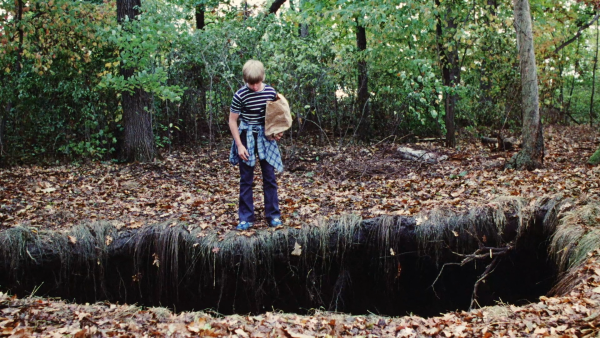 It's hard to believe that 1981's "The Pit" came from Canada. It plays like an alien creation sent from Mars to disrupt the human experience long enough to complete a global invasion. It's not an incredibly graphic picture, keeping violence fairly limited for a horror selection, but it's just odd enough to knock the wind out of viewers. It's an original take on psychological erosion, only the madman presented here is a 12-year-old boy, giving the effort an extra coating of ickiness as it surveys a child engaging in murder and sexual predator-style behavior. And yet, director Lew Lehman keeps the movie somewhat approachable, giving in to its strange energy, which works to soften its exploitation interests. "The Pit" isn't scary, but it requires a post-screening shower to fully shed its grand emphasis on uncomfortable topics, doing a fine job prying into an adolescent mind on the verge of complete psychosis. The traditional warning to impart would be to not watch the film alone. The more honest advice would be to not watch it with people who might judge you. Read the rest at Blu-ray.com