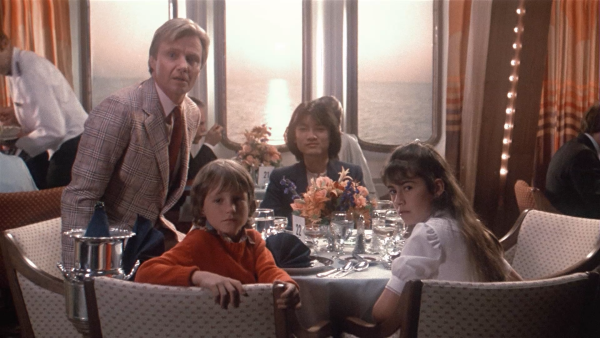 The blockbuster success of 1979's "Kramer vs. Kramer" (the highest grossing film of its year) inspired Hollywood to pursue divorced dads as main characters for melodramas, finally assured that audiences would turn out for tales about melancholy men suddenly hit with parental duties they once shared or outright refused to participate in. The pop culture takeover of "Kramer vs. Kramer" is really the only way to explain the creation of 1983's "Table for Five," which charts a similar course of domestic absenteeism suddenly confronted with total child-rearing responsibility, working through an awkward adjustment period with a main character who just isn't prepared for the daily battle. Although it largely avoids swimming in syrup, "Table for Five" can't help but lean into overt emotionality on occasion, attempting to find the rhythm of a tearjerker in a movie that's at its best when trapped in a state of shock. Read the rest at Blu-ray.com