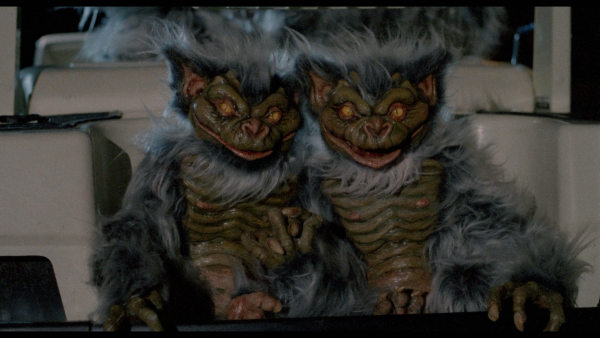 The blockbuster success of 1984's "Gremlins" inspired an enormous amount of imitators, especially in the world of no-budget filmmaking. Titles like "Critters," "Ghoulies," and "Munchies" come to mind, each with a special interest in raising creature feature hell without spending the money necessary to do it in style. 1988's "Hobgoblins" is arguably the worst of the bunch, with writer/director Rick Sloane barely trying to make something special out of the titular menace. Instead of establishing a little monster mayhem, Sloane tries to make a camp classic featuring occasional appearances from furry demons, mostly relying on his cast to conjure up wackiness to pad the picture's run time. "Hobgoblins" isn't funny, but it does provide a slightly different take on the "Gremlins" formula, and Sloane's periodic production recklessness is something to behold. Read the rest at Blu-ray.com