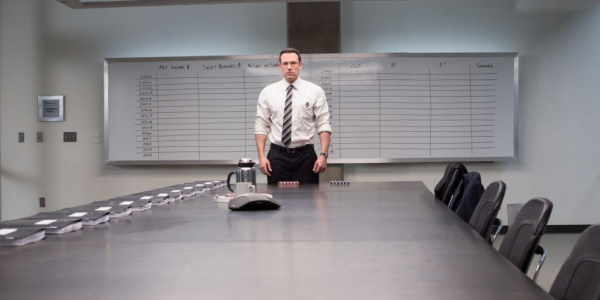 Perhaps on a quest to establish his own series of actioners, Ben Affleck settles into a version of “The Bourne Identity” with “The Accountant,” matching colleague Matt Damon in icy stares and blunt hand-to-hand combat. While the feature doesn’t quite have the same globetrotting expanse as the Damon franchise, it shares a similar interest in character, taking on an almost obsessive need to get to the bottom of everyone on screen, even if the picture doesn’t need the explanations. “The Accountant” is a slow-burn thriller with plenty of detail, but it’s not a creation that stirs up the senses, with director Gavin O’Connor crafting only a passably interesting puzzle aided considerably by the cast. It’s a bruiser, no doubt, but not always as engrossing as it could be. Read the rest at Blu-ray.com