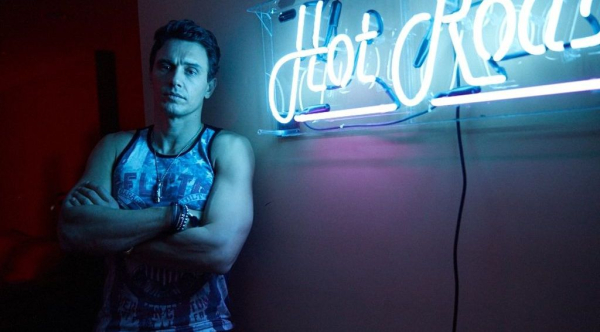 Even after watching “King Cobra,” it’s difficult to tell how seriously one is supposed to take its tale of sex, obsession, and murder. It’s based on the true story of porn star Brent Corrigan, whose quest for fame led him to a series of encounters with predatory individuals. And yet, while the material is inspired by a true crime book (“Cobra Killer” by Andrew E. Stoner and Peter A. Conway), the feature almost reaches farcical levels of comedy as it investigates the lunatics that descended on Corrigan, from coldly calculating businessmen to complete morons. “King Cobra” has its highlights, including fine work from co-star Christian Slater, but writer/director Justin Kelly attempts exaggerate the strangeness of the case, losing tonal balance and interest in the human particulars along the way. Read the rest at Blu-ray.com