Film Review - Keeping Up with the Joneses 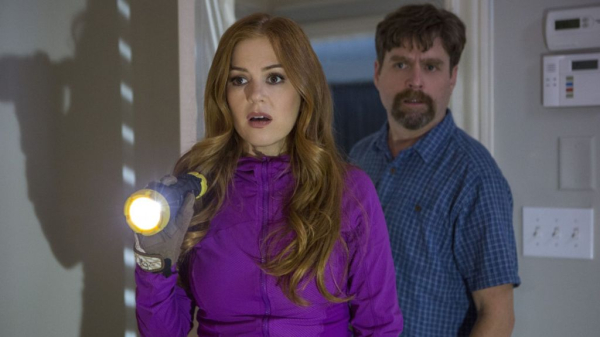 Spy comedies are all the rage these days, recently explored in the aptly titled “Spy” and last spring’s disaster, “The Brothers Grimsby.” “Keeping Up with the Joneses” is the PG-13 take on broad adventuring, and its gentleness almost feels like a straitjacket, watching director Greg Mottola figure out a way to make hackneyed writing moderately interesting. He fails, as there aren’t any real jokes in the picture, just pratfalls and tedious encounters with improvisation. “Keeping Up with the Joneses” is safe, borderline cuddly, but this subgenre deserves a more aggressive take on bumbling characters and violent situations. The feature has cast members capable of doing anything, but they master next to nothing, keeping the movie passive and unimaginative. Read the rest at Blu-ray.com