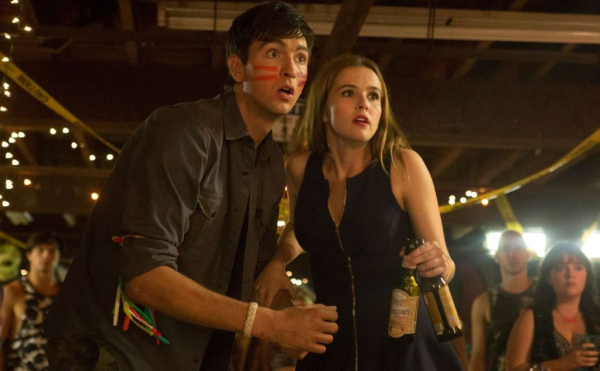 “Good Kids” was included on the 2011 Black List, an annual Hollywood guide to the “most liked” screenplays. It’s a strange bit of trivia for the film, as it features a scene where the lead character tries to speed up the healing process of a yeast infection by submerging his penis in a cup of yogurt. I wouldn’t trust the Black List. The ghost of “American Pie” haunts “Good Kids,” which aims to provide a bawdy time at the movies, tracking a coming-of-age summer for a group of overachievers, who experience all the sex, drugs, and stupidity they can handle. While a comedy, the picture offers few laughs, generally avoiding any basis in reality to become a cartoon with the occasional blip of sensitivity. Read the rest at Blu-ray.com