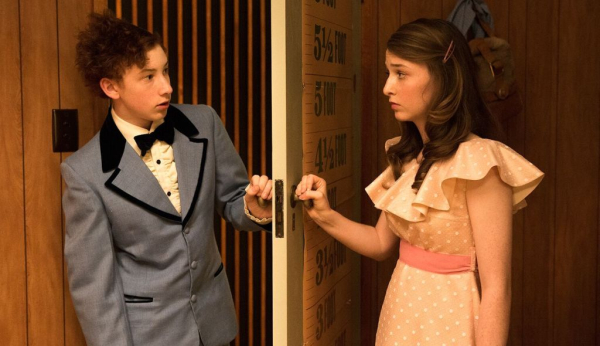 The trials of adolescence are taken for a surreal joyride in “Girl Asleep.” An Australian production, the picture already has a healthy sense of humor, but Matthew Whittet’s screenplay yearns for something more when dealing with the anxiety of a 14-year-old girl taking a grand birthday leap to a new year of development and socialization. The film is frequently hilarious, boasting a sense of humor that’s a blend of Jared Hess and Wes Anderson, but there’s a dramatic aspect to the effort that’s presented in a theatrical manner, taking viewers into a fantasy world that pinpoints the battle of personal growth in a more literal manner. “Girl Asleep” is highly creative work from Rosemary Myers (making her directorial debut), and while she hasn’t mastered tonal changes, she’s beginning a promising career with this endearingly oddball movie. Read the rest at Blu-ray.com