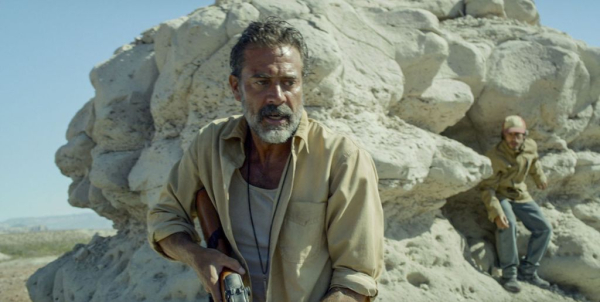 Picking a provocative release date, “Desierto” is unleashed on American audiences right before the Presidential election season comes to a close. It’s a tale of illegal Mexican immigration, but executed as a thriller, playing a cat-and-mouse game with broadly defined characters and extended chase sequences. Appreciation for its construction should be universal, as director Jonas Cuaron (son of producer Alfonso Cuaron) keeps the central chase taut and characterization economical. It’s the feature’s politics that will likely polarize viewers, with Cuaron (co-scripting with Mateo Garcia) going full black hat/white hat with the picture, underlining toxic patriotism and pure intentions to make sure the back row understands the conflict. “Desierto” is an effective nail-biter, which ends up saving the movie as it tries to turn a straightforward survival game into “Fox News vs. the World.” Read the rest at Blu-ray.com