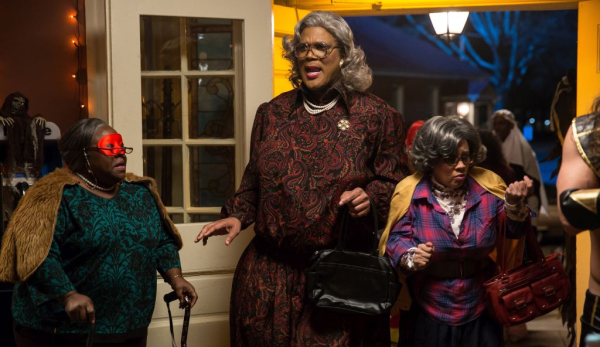 It’s surprising to note that “Boo! A Madea Halloween” is the first Tyler Perry feature to hit screens in over two years, with the prolific filmmaker (who averaged two productions per year at one point) taking a break from cinematic pursuits to build a television empire. He wasn’t missed, but time has come to return Madea to multiplexes, and she’s bringing more holiday mischief, with “Boo! A Madea Halloween” following up “A Madea Christmas.” The abrasive character seems like a true fit for the spooky season, and the potential is unexpectedly there to showcase Madea as a next-gen ghostbuster, taking on urban troublemakers with her unique brand of yelling and slapping. Instead of invention, Perry makes the same old movie, recycling his once powerful formula (box office grosses are trending downward) to give the target audience exactly what they expect. The effort has no tricks, and it’s definitely not a treat. Read the rest at Blu-ray.com