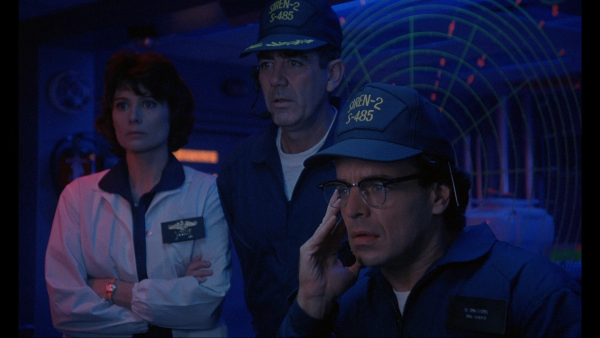 What was it about the years 1989 and 1990 and movies concerning unknown threats from the deep blue sea? "The Rift" (also titled "Endless Descent") is a graduate from the genre class, joining fellow chillers "Leviathan," "Lords of the Deep," "The Abyss," "The Evil Below," and "DeepStar Six" in an attempt to find wonders and worries associated with initially unexplained oceanic events hitting a group of disparate, anxious personalities. "The Rift" follows the suspense routine, but it doesn't bring much in the way of cash to pay for visual highlights, emerging as a low-budget effort that tries to do much with very little. Monstrous activity and submarine voyaging are reduced to semi-silliness in the picture, but director J.P. Simon doesn't completely give up, managing to cough up an entertaining horror endeavor that's competently cast and intermittently exciting with lowered expectations, delivering a satisfying but unremarkable "Aliens" knock-off that's big on gore and panic once limited production expanse is established. Read the rest at Blu-ray.com