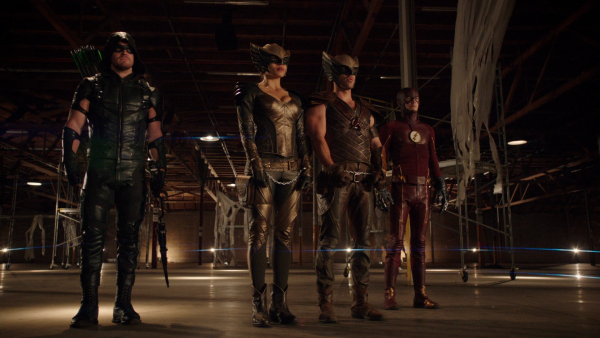 On the inaugural season of "The Flash," the program showcased the wrath of the Reverse-Flash, the trials of a superhero life vs. the needs of a human one, and the duplicitous ways of Dr. Harrison. For the follow-up year, producers have decided that what worked once will work again, basically reheating conflicts to help support another go-around with Barry Allen and his struggle as a man capable of achieving speed force while wearing a tight red costume. That's not to suggest "Season 2" is a washout, far from it, but the production isn't prepared to move the narrative forward significantly to inspire a fresh series of challenges and emotional entanglements. "Season 2" plays it safe, spending more time submerging the dialogue and plotting in comic book science than it does establishing an inventive direction for a unique superhero. The mechanics of the show are fine, but staleness isn't avoided, hoping to keep fans happy by regurgitating everything they've seen before. Read the rest at Blu-ray.com