Blu-ray Review - The Enemy Below 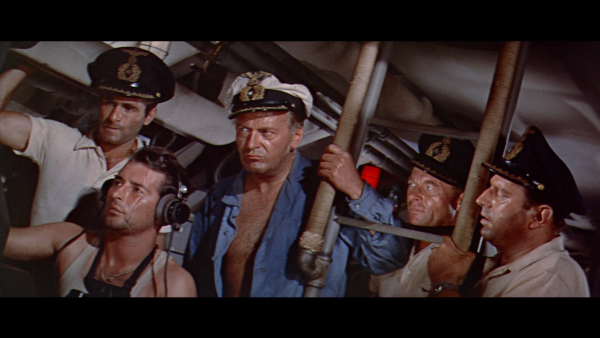 World War II action heads into the open sea in 1957's "The Enemy Below," an adaptation of a best-selling novel by Denys Rayner, and directed by respected actor Dick Powell. While the production captures the intensity of conflict between a U.S. destroyer and a German U-boat, it plays up psychological warfare, using a battle of strategy and experience to generate most of its thrills. Powell has an eye for extravaganza, but he's better with characterization, making sure to dazzle viewers while preserving motivations, creating a more satisfying WWII movie that remains invested in the lives of enemies. Read the rest a Blu-ray.com