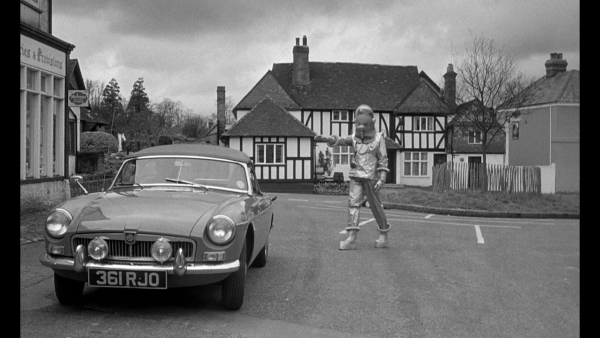 1964's "The Earth Dies Screaming" is fascinating in the way it uses silence as its primary weapon. It takes about eight minutes before the first line is uttered in the picture, with director Terence Fisher preferring to observe the end of the world through action, studying various horrors and the introduction of the lead character, an apocalypse survivor played by Willard Parker. "The Earth Dies Screaming" eventually gives in to traditional character interplay, but for a moment, it bravely trusts in pure visual storytelling, which is a refreshing way to commence this spare thriller. Read the rest at Blu-ray.com