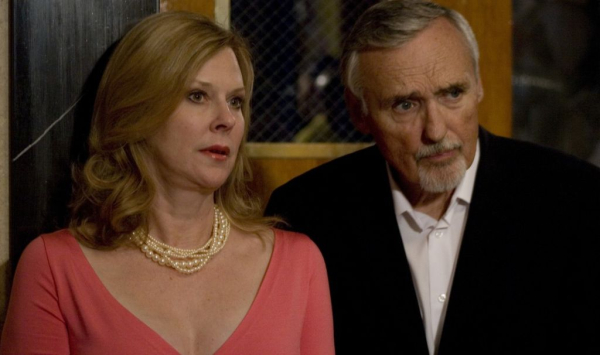 “The Last Film Festival” is selling itself as the final starring appearance for legendary actor Dennis Hopper, which is really something to celebrate considering the man died in 2010. It’s been a long road to release for the film, and stress shows throughout the effort, which arrives with good intentions but seems unfinished and unfocused. The feature aims to be a satire of the festival experience, taking in the diverse personalities and temperaments of those who participate in such public celebrations of cinema. It’s a topic worthy of an extensive pantsing, playing up anxiety felt by creative forces and snobbery shared by attendees. “The Last Film Festival” doesn’t have the precision to successfully slap around the setting, but it does have Hopper, who’s part of an ensemble trying their best to make sure co-writer/director Linda Yellen has something to work with. Read the rest at Blu-ray.com