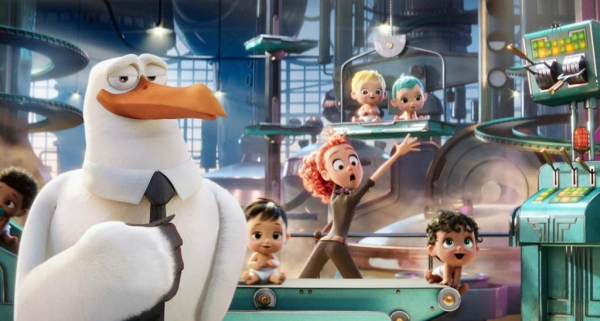 When one thinks of animated family entertainment featuring a cast of kind, cuddly creatures, director Nicholas Stoller isn’t the first name that comes to mind. The helmer of “Forgetting Sarah Marshall,” “The Five-Year Engagement,” and “Neighbors” (and its sequel), Stoller has built a career on crude humor and acts of humiliation, making him an unlikely mastermind behind a comical tale of birds in charge of distributing newborns to the world. Sharing a newfound interest in the PG crowd, Stoller goes full cartoon with “Storks,” but often seems confused about what he really wants from the picture, unable to decide if he’s creating something heartwarming or something obnoxious. He’s good with big and bright, but Stoller’s sense of humor is too slack to trigger laughs, which there are precious few of in this routine effort. Read the rest at Blu-ray.com