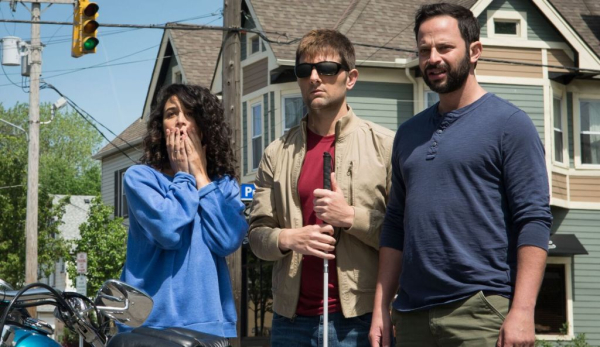 In the screenplay for “My Blind Brother, writer Sophie Goodhart (who also makes her directorial debut) challenges the delicate nature of physical disabilities, crafting a comedy that portrays everyone with the same amount of anxieties and flaws, only the able-bodied are a little more sensitive to personal issues. It’s a smart script, resulting in a funny but fascinating study of people trying to be kind and considerate, but somehow losing themselves in the process, which is more of universal feeling than perhaps Goodhart understands. While modest work, “My Blind Brother” shows depth and courage when it comes to darkly comic scenes, with the helmer doing a skilled job of juggling tone while she encourages laughs from unexpected places. Read the rest at Blu-ray.com