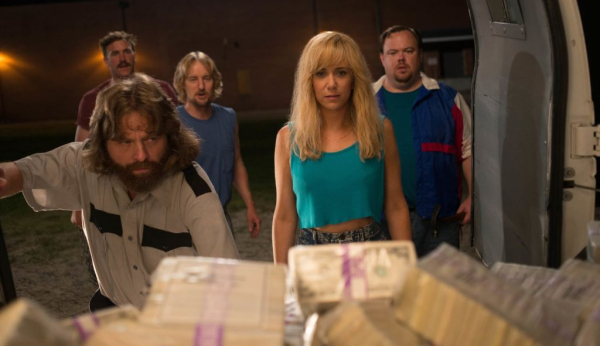 When “Masterminds” opens with a “Based on a True Story” card, it feels like a “Fargo”-esque prank. There’s simply no way any of this nonsense could be based on an actual armored car heist, but, indeed, it’s true, with the production taking inspiration from a 1997 robbery that occurred in North Carolina. Instead of assembling a true crime tale, director Jared Hess (“Napoleon Dynamite,” “Nacho Libre”) bends reality as far as it can go with “Masterminds,” which emphasizes slapstick over suspense, trying to transform a federal offense into a wild farce populated with a cast of comedians. It’s not a great movie, but it’s not without laughs, finding Hess laboring to find an anarchic tone for the picture that delivers mainstream silliness while sticking closely to big screen idiosyncrasy that’s been a staple of his career. Read the rest at Blu-ray.com