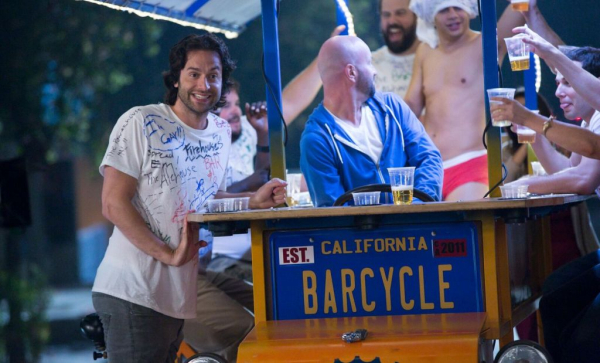 With a title like “Flock of Dudes,” a promise of an unbearable film is made. It’s not a great name for a movie, but there are few options available to co-writer/director Bob Castrone, who’s attempting to make a picture about the expiration date of broheim culture and still celebrate its highlights. A low-budget comedy starring a host of “hey, it’s that guy from Comedy Central” types, the miracle of “Flock of Dudes” is how appealing it actually is, managing some sense of personal examination before it slips back into silly business. The potential is there for a greater understanding of Peter Pan Syndrome, but Castrone isn’t prepared for the bigger battle, instead creating a pleasant, periodically hilarious feature that pokes fun at twentysomethings facing the pains of arrested development. Read the rest at Blu-ray.com