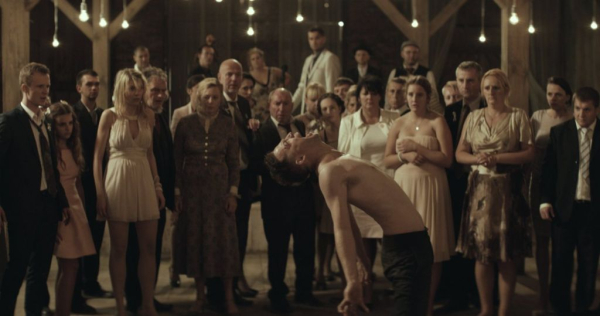 In recent years, Hollywood has shown an interest in the terror potential of the dybbuk, a malicious spirit often associated with the unfinished business of the dead. With “The Unborn” and “The Possession,” the wrath of the dybbuk was cranked up to spook PG-13 audiences, playing with fantasy and fear to give the demonic presence a cinematic edge. It’s up to a Polish film like “Demon” to set the record straight. Co-writer/director Marcin Wrona strips away visual effects and noise to play a possession rather straightforwardly, depending on the actors to make up for a lack of screen anarchy. Considering the picture is about a supernatural event, “Demon” plays things with a degree of subtlety, embracing the oddity of the event instead of the intensity. It isn’t always out a frighten audiences, but Wrona has some strong ideas about the hollowing out of a man’s soul that keeps the effort engrossing. Read the rest at Blu-ray.com