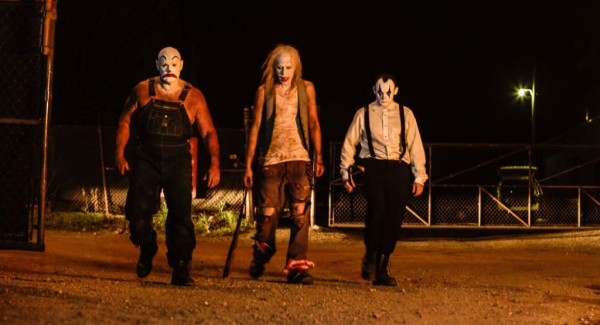 This Halloween season welcomes not one, but two movies centered on the idea of killer clowns hunting innocent people through empty buildings for sport. Rob Zombie’s “31” is scrappy and sicko, playing to the helmer’s tastes in demented characters and ugly violence, presented with a lovingly low-budget style. Tom Nagel’s “ClownTown” is definitely…in focus. A seasonal chiller that’s more of a tribute to slasher cinema than its own creation, the feature falls apart when compared to “31,” but on its own, it serves as something of a directorial exercise for Nagel, who uses the creative opportunity to mastermind stalking sequences and experiment with tone. “ClownTown” isn’t fresh or ghoulishly inviting, easily making it the second best option for those in need of a homicidal clown extravaganza this spooky season. Read the rest at Blu-ray.com