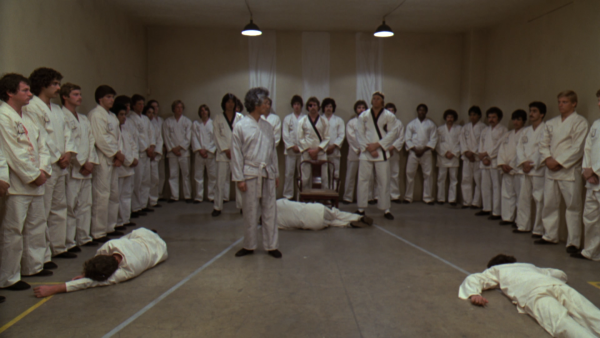 1981's "Force: Five" combines the two things every fan wants out of action cinema: fists of fury and a chilling reminder of a mass murder. Using the Jonestown Massacre as inspiration, writer/director Robert Clouse ("Enter the Dragon," but also "Gymkata") finds a way to remake 1976's "Hot Potato," sending a team of heroes into an island compound, where a religious cult keeps order through manipulation and violence, occasionally carried out by a rampaging bull. I'll give "Force: Five" this much: it's never dull, with Clouse making sure to fill his feature with all types of stunts and showdowns, keeping his B-movie speeding along as it showcases questionable taste. Read the rest at Blu-ray.com