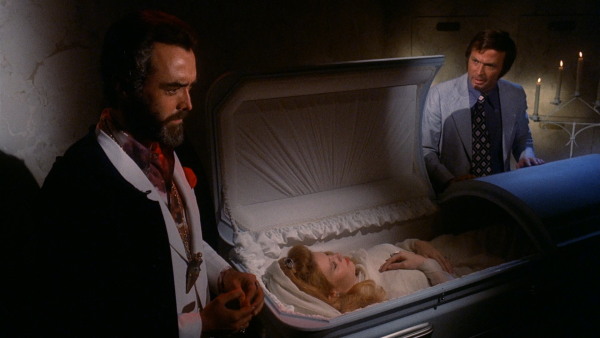 The quest for life after death can easily lead to madness, but for newly widowed Fred (Barry Coe), the need to resurrect his late wife proves remarkably…casual. 1973's "Doctor Death" lives up to its title, offering a strange odyssey into spiritual switcheroo courtesy of the main character (John Considine), who takes Fred on a special journey into murder and resurrection, while director Eddie Saeta and writer Sal Ponti try to figure out ways to add gore and menace to this horror show, which often leans toward the ridiculous. Read the rest at Blu-ray.com