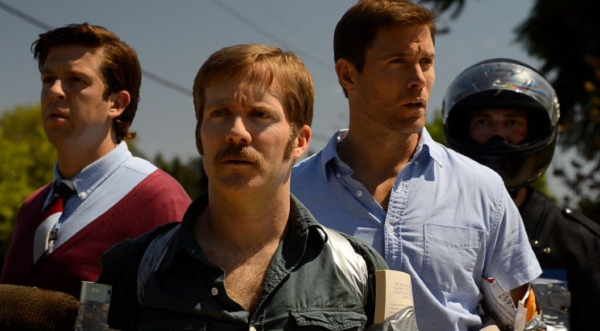 The concept of “Killer Party” is enticing, studying an end of the world scenario played out at a baby shower, offering the material plenty of opportunities to poke at celebration clichés and genre traditions. Writer/director Alex Drummond has the right idea, but no real budget or filmmaking finesse to bring it to life. A backyard production, “Killer Party” attempts to deliver laughs and gore normally associated with horror comedies, looking to “Shaun of the Dead” for inspiration. However, the picture doesn’t work, often caught in static situations instead of kinetic fun, laboring through relationship woes as the occasional burst of violence breaks through, acting as smelling salts for the rest of the feature. Read the rest at Blu-ray.com