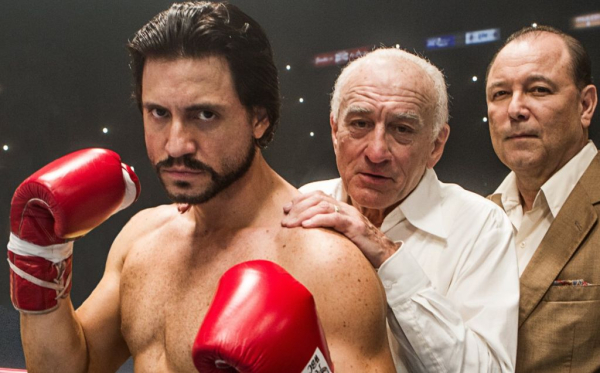 It’s tough to get excited about a boxer bio-pic. All these tales tend to follow the same dramatic arc, following the hardscrabble life of a restless kid in search of discipline and glory, battling his way to success and, inevitably, personal corruption. “Hands of Stone” is billed as an examination of boxer Roberto Duran, but there’s very little that defines the subject’s life. Writer/director Jonathan Jakubowicz simply bites off more than he can chew, forced to resort to clichés to keep the feature on the move, forgoing a detailed inspection of triumph and disaster to play the entire effort as a random crisis generator featuring a boxer who isn’t nearly as interesting as the production would like to believe. Read the rest at Blu-ray.com