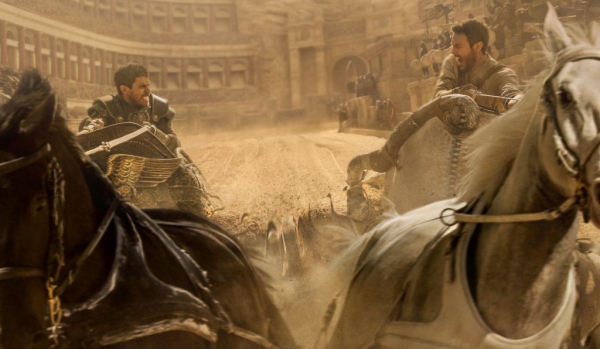 “Ben-Hur” isn’t untouchable material, with Lew Wallace’s 1880 book inspiring numerous media adaptations. Most recently, the novel was reworked as a U.K. miniseries co-starring Joseph Morgan and Hugh Bonneville, and, most famously, the 1959 epic with Charlton Heston remains a classic in the eyes of many, defining the widescreen majesty of the era (a 1925 silent production is also treasured). Reviving the tale for another cinematic inspection is Timur Bekmambetov, helmer of “Wanted” and “Abraham Lincoln: Vampire Hunter.” Bekmambetov’s primary language is overkill, and he brings his excesses to the picture, softening the book’s religious direction to underline melodrama and action, basically making the movie to construct his own chariot race. He’s not an especially gifted storyteller, barely committing to the community of characters and winding plot of “Ben-Hur.” Read the rest at Blu-ray.com